by Jeb Blount, our ActionCLASS Summary

Fanatical Prospecting by Jeb Blount. After Facebook, Twitter, and LinkedIn arrived on the scene, there was a lot of hope that the profession of sales would be changed forever. No longer would a salesperson have to pick up the phone and cold-call prospects. After all, all of those old school sales tactics don’t work anymore, right? Wrong.

Jeb Blount is here to tell us that not only do the same techniques that have always worked still produce results, but they might also produce even more today because so many of your competitors are off chasing the latest bright shiny object.

Sales superstars know that the path to success is simple. It’s not easy, of course, otherwise, everybody would be doing it. The world’s best salespeople know that the key to sales success is to keep their pipeline full at all times. And the only way to do that is to turn over every single rock in order to find new prospects.

This is a simple mindset, and it makes all the difference. They don’t make excuses, they don’t complain, and they certainly don’t procrastinate. They simply keep working until the pipeline is full. And then they work some more. The secret that every salesperson who has worked for more than a year knows is that eventually, a rainy day is around the corner. It doesn’t matter how good your projections look, eventually something is going to happen to blow up your plan. 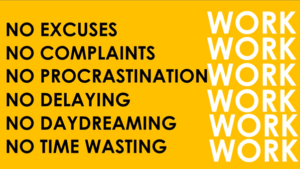 The 7 Mindsets of Fanatical Prospectors

You’ve likely heard the phrase “success leaves clues” before. Blount has spent a lifetime studying the world’s best salespeople and has found that there are 7 mindsets that lead to a full pipeline and an outsized commission cheque.

First, they are optimistic and enthusiastic. They never play the victim. They understand every day is another opportunity to do better than the day before. They have horrible sales calls just like the rest of us. But then they get back up and do it again.

Second, they are competitive. This is one of the reasons that former athletes often make great sales reps – they have the drive to do what it takes to win.

Third, they are confident. They are not only playing a game, they believe that they will win, every single time.

Fourth, they are relentless. The most fanatical prospectors have an unquenchable thirst for achievement.

Fifth, they are thirsty for knowledge. They welcome coaching and view it as an opportunity to get even better than they are today. You’re likely to find the best reps listening to audiobooks between sales calls or attending webinars online about the latest sales techniques.

Sixth, they are systemic and efficient. Fanatical prospectors are like robots – they execute their work with frightening efficiency. They protect the most important block of time in their calendar – their prospecting time – as if their life depended on it.

Lastly, they are adaptive and flexible. As Blount points out, they adopt new ideas and best practices, adapt them as their own, and then work on them until they become adept at executing them.

Adopt these 7 mindsets and you’ll have taken the first and most important step to become a Fanatical Prospector. 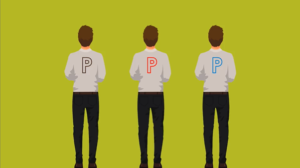 The 3 Ps that are holding you back

The mindset of the world’s best salespeople sounds simple enough, so why don’t all salespeople act that way? For most average and underperforming sales reps, the 3 Ps end up getting in the way.

The first P is procrastination. Putting prospecting off until tomorrow is easy. After all, prospecting is one of those things that are important, but not urgent. You are unlikely to feel the sting of a missed day of prospecting until weeks down the road. And then you’ll put it off another day because of the big pitch you have later this week, and then eventually the week is over and you’ve done no prospecting. The world’s best salespeople do a little bit of prospecting every single day.

The second P is perfectionism. As a salesperson, the fear of failure is high. Because of that, many salespeople feel as though they need to perfect that email or voicemail script before they start reaching out. And then there’s the CRM that could use a good spring cleaning. The world’s best salespeople know that the best time to pick up the phone and call their prospect is right now.

The third P is paralysis (from analysis). You’ve heard this one before, but it bears repeating. You could spend a lifetime thinking about all of the scenarios you are likely to face in a sales situation, but that isn’t going to fill your pipe. Getting started and doing your best is. 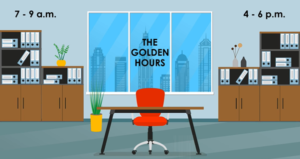 The Golden Hours are when you are most likely to get live contact with your prospects – either on the phone or by email. These hours will differ in each industry, but for the most part, these include early in the morning and between 4 – 6 pm when your prospects are wrapping up their day before they head home. The best salespeople block these times off in their calendar and make them non-negotiable. No matter what other tasks might seem important at the time, during the Golden Hours nothing is more important than prospecting.

Just as Parkinson’s law states that work tends to fill the time allotted to it, Horstman’s corollary states that the work also contracts into the time allowed. You’ll find that you can make a remarkable amount of sales calls if you give yourself that goal of fitting them into a short period of time.

So here’s your goal, no matter what industry you are selling in. Set aside an hour a day to make 25 – 50 tele prospecting calls, and another hour for email and social prospecting, and Blount says that you are guaranteed to have a packed pipeline.

Turn off your email, ignore your co-workers, and do everything you need in order to make sure nobody interrupts your Golden Hours. And now that we’ve got you charging through your prospect lists, let’s talk about what you should be doing while working them. 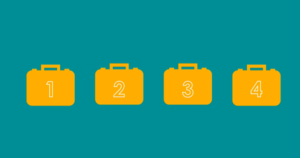 The 4 objectives of protecting

There are only four potential outcomes you should be considering for your prospecting calls. One of these four outcomes should be on your mind whenever you are reaching out to a prospect.

The first objective is to set an appointment. This is the most valuable activity in the entire sales process. As Blount points out, it doesn’t count as an appointment until there is a day and time in your calendar and in the calendar of your prospect.

The second potential objective is to gather information and qualify. Before you put deals into your pipeline, make sure that you have a fighting chance to close a deal with the prospect. You should be constantly pruning your pipeline and lead lists to remove any dead weight.

The third potential objective is to close a sale. If you are selling something that is transactional and low-cost, your goal is to probably close a deal on the spot. Difficult, but possible.

The fourth potential objective is to build familiarity. This one is crucial to your success. This is the situation where the persistence of the top salespeople pays off because as Blount points out, it could take 5 – 12 touches to engage a warm inbound lead. So, while your primary objective is most likely to be one of the first 3 we’ve covered already, a secondary objective will be to get your name and company in front of your prospect. 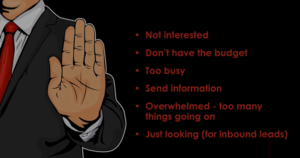 Now that you’ve blocked out your time and have an objective, it’s time to discuss what happens on the prospecting calls themselves. As Mike Tyson famously once said, “Everybody has a plan until they get punched in the face”. The best salespeople learn how to manage rejection. You will be met with all kinds of reflex responses, brush-offs and objections. The only way to manage your emotions is to have a plan for what you’ll do when you encounter them.

The first rejection you are likely to hear is the reflex response of “leave me alone.” It usually comes out in the form of “we’re not interested” or “I’m not interested”.

The second rejection you are likely to hear is the brush off, which is all about avoiding conflict – the prospect doesn’t want to tell you no, so they say something like “get back to me in a month”, or “can you send me over some information?” The last and most truthful rejection is the objection. It typically comes with a “because” attached, like “this isn’t a good time because we just signed a contract with a new vendor.”

While there might seem like there are a thousand and one ways for prospects to reject you, most of them will come in one of the following 6 ways:

The Anchor gives you a chance to settle yourself while your reptilian brain deals with the fact that you’ve just been rejected. For instance, if your prospect says “I’m busy”, you might respond with “That’s exactly why I called.”

Then you move on to the Disrupt element. You might say something like “I figured you would be, so I want to find a time that is more convenient for you.” This disrupts the prospect’s pattern by forcing them to think about a more convenient time.

Finally, you move back in for the Ask. You might say something like “How about we get together next Wednesday at 3 pm instead?”

If you are ready with an Anchor, Disrupt and Ask pattern for each of the 6 possible objections prospects might give you, you’ll never find yourself tongue-tied on the phone again. 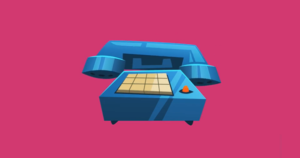 Now that you know that Fanatical Prospecting is your key to sales success, it’s time to get to work. First, work on your mindset, understanding that being confident and relentless is the only way to conquer the fear of rejection. Second, work on blocking out the Golden Hours in your day for prospecting. Third, have an objective in mind for every sales call you make. And lastly, work on being ready for the objections you are most likely to hear when you call.

I’d wish you luck, but I don’t think you need it anymore.